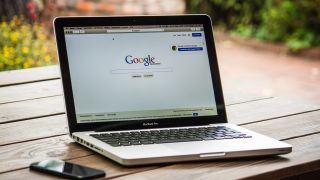 Previously users had to go to Google Drive or to the site of any one of the company's productivity tools such as Microsoft Word-killer Docs.

Now though, users can simply type “doc.new” into the search bar to instantly create a new Google Doc.

The company has also registered a number of variations such as documents.new that also work to create new documents, with Sheets, Slides, Sites and Forms all supported.

For those that work with Google Docs or any of its productivity tools often, this new feature will likely be a big time saver and will make creating new documents almost effortless. Users can also bookmark Google's new domains if they want an even faster way of creating new files.

The fact that the company owns the .new domain means that it can create whatever subdomains it wants on the site and users have already requested for a few that were overlooked such as “drawing.new” and “email.new”.

Google has not yet responded to these requests but don't be surprised if the search giant adds more .new links in the future.