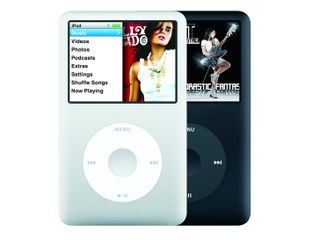 These could soon be even thinner if 3D stacking takes off

A new way of building electronic circuitry that pours a liquid epoxy resin over components promises future gadgets that are likely to be both thinner and better fitted-out than ever before.

The silver epoxy compound is the brainchild of a company called Vertical Circuits and it aims to use the method to pack more flash memory into a smaller space.

Company board member and former Seagate CEO Bill Watkins explains: "The thing that has stunned me is how much a Dell or Apple will pay for thinness. There's a big difference for them between 2mm and 1mm on some of this stuff."

The Vertical Circuits technique eliminates wiring used to connect chips by stacking them atop each other in what is known as a '3D' construction. It then drips the patented silver epoxy over the package, giving all parts fast, reliable electrical connections to each other and circuit boards.

The result is more memory in a smaller space and that can be used either to make gadgets thinner or to use the recovered territory to build in bigger screens, more powerful batteries or extra components.