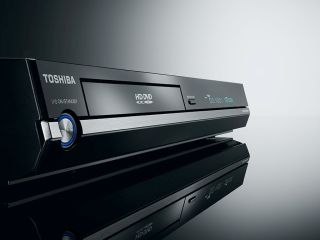 HD DVD: Should Toshiba have strangled it at birth and saved us all a lot of bother?

Even though we've heard of some fantastic customer service for Japanese early adopters of the failed HD DVD format, it seems not everyone's happy with the brave face being put on by Toshiba.

In fact, a new survey by Nikkei Publications has found that almost half of respondents think Toshiba should never even have bothered with HD DVD in the first place.

Asked, "At what point do you think Toshiba should have decided to withdraw from the HD DVD business?" 43 per cent said it should have done so in 2005 when it was still in talks with the backers of Blu-ray about finding a common high-definition format.

The poll of almost 1,000 Japanese geeks offered some small consolation for Toshiba in that just under 30 per cent backed its choice to wait until now to pull the plug.

Better yet, just under half of the technology and finance publisher's readers felt that the format war wasn't all bad news. A healthy 47 per cent said that "the format competition accelerated technical progress".