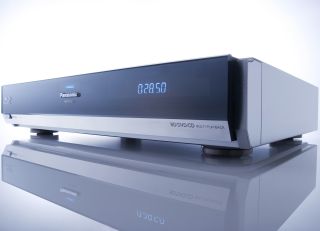 Blu-ray is currently about neck-and-neck with HD DVD in terms of stand-alone player sales. The PS3 puts Blu-ray just in the lead

The Blu-ray Disc Association (BDA) is planning to give away five free movies with every Blu-ray player it sells. According to Digitimes , it's a promotion designed to celebrate the one year anniversary of Blu-ray's hardware launch.

We're not so sure though. It seems more likely that the promotion is designed to artificially pump up Blu-ray disc sales to the point where they make HD DVD disc sales look insignificant.

The BDA has played this trick before. In the past it's given away disc vouchers with Blu-ray players so that customers could claim free Blu-ray disc (BD) movies in the shops. This means that while the promotion lasted, sales of BD movies artificially went through the roof, creating some good PR for the BDA.

So although it's very possible that the BDA could be giving away free movies in the boxes with the players, it's likely to actually be vouchers.

No word as to whether the promotion will run in the UK or not.