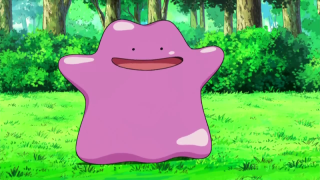 Catching a Ditto in Pokemon Go always happens at the most inopportune times. Sometimes you can catch three in a day, and then, when it comes time to catch one for a research mission, those pink gelatinous blobs of DNA copying goo are nowhere to be found.

The problem with catching Ditto is that, unlike other Pokemon games where Ditto is found in its base form, Ditto in Pokemon Go takes the form of another Pokemon. In fact, transformed Dittos look exactly like their target - a Ditto’d Zubat looks just like a regular Zubat. You won’t find out if the Pokemon you’re catching is a Ditto until you’ve caught one.

But we can help reduce the amount of time you spend looking for Ditto. In fact, if you use our guide, you can catch a Ditto in a matter of minutes instead of wasting hours of your time.

Here are three tips you can use to help you catch a Ditto without wasting any time.

Tip #1: These are the Ditto disguise Pokemon

The only method you can use to catch a Ditto is to go after the Pokemon Ditto most copies. Remember that these Pokemon won’t look any different on your map, so you’ll just have to catch every one you see until you get your Ditto.

Note: This list of Pokemon changes all the time - it used to include Pidgey and Rattata, but that’s no longer the case as of February 2019 - so it’s worth coming back to see if things have changed.

Here’s a complete list of the Ditto disguise Pokemon for August 2019:

How do you know one of these Pokemon are a Ditto? After you catch one, instead of saying “Catch” the word “Oh?” will pop up above the Pokemon’s head, and Ditto will reveal itself. This won’t happen until after the Pokemon is caught, however, so make sure you actually catch the Pokemon and don’t give up early.

Tip #2: Use Lures and Incense to get Ditto

If you need a Ditto right this second and you can’t find any of the above Pokemon floating around your area, you can always drop a Lure or Incense to try and get one to show up. Obviously this is a sort of last-ditch effort as these items are rare and need to be used sparingly, but it certainly speeds up the process.

Tip #3: Ask your friends / local Discord group where they caught a Ditto

OK, so this requires a bit more coordination, but if you have friends or are part of a community that plays Pokemon Go, you can ask them where they recently caught a Ditto.

Like all the rest of the Pokemon in the game, a Ditto spawn is the same for everyone. If your friend just caught a Ditto two blocks over that was hiding as a Paras, you can go catch the same Paras and it will also be a Ditto. Some Discord channels might even have chats dedicated to the most Ditto locations, so it’s definitely worth joining one if you can.