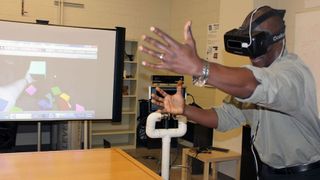 Robots are taking our jobs, with as many as half the world's population set to be unemployed by 2045 according to some. This kind of fear-fed hyperbole has accompanied the introduction of every piece of new technology since the dawn of mankind. The catalyst for the current panic is the rise of robotics and AI, which could cause massive restructuring and a much more competitive job market.

Speaking to the New York Times in February 2016, AT&T's CEO and Chairman, Randall Stephenson, said that people who don't spend five hours a week online learning will make themselves obsolete. He went on to add that: "There is a need to retool yourself, and you should not expect to stop." Cue online learning for everyone – forever.

The rise of MOOCs

Such is the fast-paced nature of computing that the threat of IT staff especially becoming obsolete is not a new one, but across all kinds of industries there's a new understanding of – and thirst for – e-learning to capitalise on the new opportunities that tech is creating.

Cue the MOOC (massively open online course), bite-size downloadable video lectures and courses for phones and tablets, often consumed on the commute, or in free moments, on any subject you can think of.

There are now about 4,200 MOOCs offered by more than 500 universities around the world, according to MOOC aggregator Class Central, with the number of students who signed up for at least one course hitting over 35 million in 2015. That's a doubling in popularity compared with a year earlier.

Anarchy in the classroom

For now, MOOCs form a philanthropic and altruistic movement, but it's pretty anarchic. Many of the courses are being offered by top professors and specialists around the globe at the big universities, largely as a testing ground for a future where all education will, most likely, be delivered primarily online.

That's great for learners, but e-courses are beginning to coalesce around particular global e-learning 'marketplace' platforms. Coursera and edX claim over half the global market of sign-ups to MOOCs, but other hubs like NovoED, Udacity, Udemy and Memrise are just as good.

They're largely US-based and in English, but this is a global trend – MOOCS are growing in China, too, which has XuetangX and CNMOOC.

There are scores of other one-trick hubs online including Lynda, which hosts masses of online video tutorials, and CreativeLive, which offers courses in music, art and photography.

The catalyst for all this is, of course, technology – and on two counts. Not only has a faster internet and collaborative cloud working meant more remote working and freelancing (so a more competitive job market) and a more globalised economy (think call centres in India serving the US and Europe, and a huge spate of software, IT and services companies that have no physical HQ), but that same technology is also enabling the flowering of the MOOC concept. But faster broadband and mobile internet are just the start. Next comes game-based learning, virtual reality and real-time interactivity over 5G.