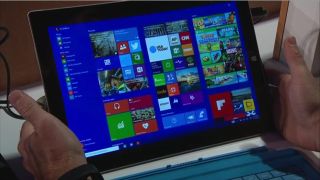 It's been almost a month after the official launch of Windows 10, and we still don't know much about Windows Update for Business, a feature that Microsoft announced in May. However, in a virtual academy presentation, we now know that Windows 10 business users have up to a year to apply software updates and security fixes. More specifically, the 12-month update schedule must be met or else business users won't be eligible to receive future updates.

Updates are available currently on three different branches, and Microsoft is giving enterprise customers more flexibility on when updates get deployed. Windows updates are available first to all users on the Current Branch (CB), which include consumer users of Windows 10.

In essence, Current Branch customers receive Windows updates first to ensure that the update and the update process is stable before Microsoft makes the new features available to business users.

Business users with stricter IT policies can be placed either in the Current Branch for Business (CBB) or the Long Term Servicing Branch (LTSB). CBB and LTSB users using Windows Server Update Services (WSUS) or Configuration Manager won't notice any impact, unless they get their patches directly from Windows Update.

Windows Update for Business was introduced by Microsoft to give business users more control on how and when Windows 10 updates are downloaded and installed.

Windows 10 will automatically install updates for the consumer editions of Windows 10 as part of Microsoft's move to transform Windows from a software product to a service. However, Microsoft wants IT departments and business users to be able to run Windows 10 confidently by controlling their own upgrade paths.

"For organizations, IT professionals have access to tools, which enable them to manage and control downloads on their network domain, and also make a determination as to when and if to install Windows 10," a Microsoft spokesperson told ZDNet.

Some of the components of Windows Update for Business are already available to users today, and Niehaus said that additional features will be coming in the future.

IT administrators also can't define their own update rings yet. According to ZDNet, additional features may be coming this autumn, but the anticipated Threshold 2 update should bring additional pieces of Windows Update for Business.

Most recently, Microsoft has changed the way it handles update release notes. Because updates are mandatory and automatic for consumer users, Microsoft will provide less information about Windows 10 cumulative updates, unless the update brings "significant" new features. It's still unclear at this time if Windows Update for Business will provide more information about what is contained in the updates than the consumer releases.