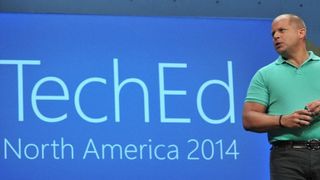 At its TechEd event in Houston, Microsoft unveiled a whole host of new enterprise-related services and updates, especially in regards to Azure, its cloud platform used to businesses and organisations.

Microsoft unveiled ExpressRoute, a service which gives direct private connections to Azure, either through exchange providers, or by connecting Azure to existing corporate WANs.

This is a leap from the previous methods of connecting to Azure which were either over VPN or the public Internet. ExpressRoute will be offered at four tiers: 200Mbps, 500Mbps, 1Gbps, and 10Gbps. The connectivity is limited to connections via two U.S sites.

VPN connectivity has also been extended by Microsoft beyond the old single on-premises endpoint to multiple site connections as well as allowing multiple virtual machines to join each other. Previously, there was no good way to attach multiple machines so Microsoft addressing this will remove the headache many companies currently have.

Two new classes of virtual machine have also been added to Azure, expanding the effectiveness of the service. The new machines are called 'A8' and A9'. A8 has 8 cores and 56GB of RAM while the A9 is a little more powerful with 16 cores and 112GB of RAM.

Alongside the hardware, the machines will feature 40Gbps of InfiniBand networking. Introducing these new virtual machines increases the usefulness of Microsoft's Azure service to more computer intensive tasks, such as modelling and simulation thus increasing the customer base.

Arguably the largest announcement made in relation to Azure is Azure Files, which adds new storage options on top of virtual hard disks, queues, tables, and arbitrary blocks of binary data. With Azure Files, Microsoft now offers storage space using the SMB 2.1 protocol, meaning that files can now be accessed via Windows' Native Networking, providing a persistent location to store file-based data. This means that users no longer have to run their own virtual machine to offer file sharing, a massive win for businesses.

Security in the cloud is a big concern of companies that are looking to store data virtually, especially data of a sensitive kind. Microsoft has realized this and has added extra security features to Azure with a preview of anti-malware virtual machines which allows anti-malware software from various vendors to be injected and used on virtual machines.

Trend Micro will also start offering a disk encryption service for virtual machines, with the keys to the encrypted drives being held on its servers in Germany. While this detail may seem insignificant, it will mean that companies worried about the US Government will have to jump through more hoops when requesting access to data from companies such as Trend Micro.

Microsoft is now extending Azure beyond current infrastructure as a Service and Platform with the Azure RemoteApp, meaning that organisations can run desktop applications in the cloud and send them to end users using remote desktop software on Windows, OS X, iOS, and Android.

Aside from Azure, Visual Studio has also been updated, bringing new features as well as tools for Windows Phone 8.1 and 'Universal' Windows. Microsoft supports three UI frameworks for universal Windows apps (XAML, HTML and DirectX), giving developers the choice of writing the app in C#, JavaScript, and C++. This essentials means that developers can now install a single set of developer tools to target the whole Windows market.

Updates to Apache Cordova, a framework for delivering multi-device hybrid mobile apps using HTML, CSS and JavaScript, have also been released. Microsoft lists five advantages for hybrid apps: the app maker can take advantage of all the code editing features in Visual Studio; hybrid apps can be built using multiple open-source front-end frameworks; inspect performance issues, analyze memory usage, and perform other debugging and diagnostics tasks on Android 4.4 and Windows Store; a remote agent can be used on a Mac to enable building for iOS right from Visual Studio.

Overall the software and services Microsoft unveiled were not surprising to industry watchers and are simply incremental upgrades to its key enterprise services off which it makes so much of its revenue.