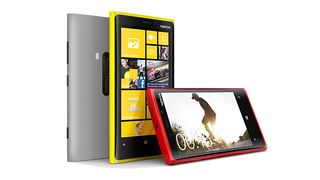 What's up with you?

Fear not, Windows Phone 8 adopters: if your HTC 8X or Nokia Lumia 920 has up and rebooted itself without warning, Microsoft is going to issue a fix...in December.

The Softies have apparently identified whatever is causing some WP8 handsets to randomly restart and plans to send out an over-the-air software patch-up next month.

"We're continuing to investigate some reports of phones rebooting and have identified a cause with our partners," the company said in a statement.

"We are working to get an over-the-air update out in December."

Microsoft didn't release information on what exactly is causing the unwarranted restarts or how widespread the issue is in terms of which phones are affected.

Users across the web, including TechRadar readers, have reported reboots occurring without warning, while others said they haven't run into such an issue and are perfectly pleased with their WP8 handsets.

Reports also had the Lumia 920 exhibiting sub-par battery life and freezes, but there's been no word on what's up with the 920, or any potential fixes, yet.