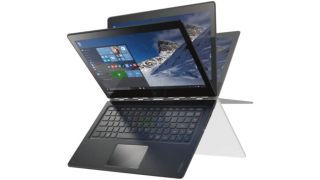 Lenovo might be ready to give its Yoga convertibles a shot of Intel Skylake energy.

First reported by WinFuture, the Lenovo Yoga 900 will be the follow up to last year's popular Yoga 3 Pro and it will bring with it a spec list that will have many owners heading to eBay to get rid of their old model.

Looking towards the future, Lenovo has reportedly supplied the new model with a USB Type-C port, however, it cannot be used to charge the laptop, as there is a separate DC input for that. However, it can be used to connect monitors by using a special VGA or HDMI adapter.

We have contacted Lenovo about the report. We will update this story when we hear back.