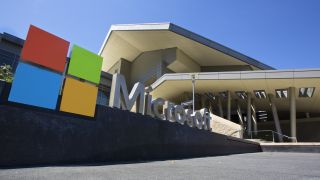 As part of its continued efforts to support open source software, Microsoft has announced that it has joined the OpenChain Project as its latest platinum member.

The company joins the likes of Uber, Google and Facebook, who joined OpenChain last month as well as GitHub which the software giant acquired last year.

The OpenChain Project's main objective is to bring improved clarity to open source software licenses as licensing issues often present a huge hurdle for a business' legal team. Companies need assurances that the open source software they use is in compliance with the rules that govern its use to prevent potential litigation issues.

"A lot goes into making open source great – from licenses to code to community. A key part of doing open source right is being able to trust that the code you receive complies with its open source licenses. It’s a deceptively hard problem and one that Microsoft is working with the community to address. Our goal is to work even more closely with the OpenChain community to create the standards that will bring even greater trust to the open source ecosystem and that will work for everyone – from individual developers to the largest enterprises."

OpenChain was set up to help introduce common standards regarding how companies declare their open source efforts are compliant with licensing standards.

Since ensuring compliance can be a difficult task for businesses, OpenChain provides a specification as well as the processes, policies and training companies need to manage their open source license compliance.

As OpenChain's latest platinum member, Microsoft will help create best practices and define new standards for compliance which will provide its customers with more choice when it comes to the software they use.

In the past, the company was reluctant to support the open source community but those days are gone as shown by its acquisition of GitHub and its decision to join the OpenChain project.