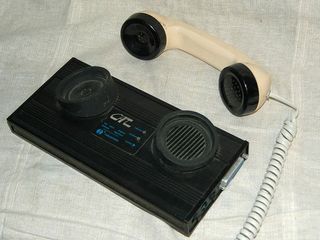 Their arrival heralded a new age of communications and they played a major role in the explosion of the internet. We're talking, of course, about modems. Here we look back on the development of this remarkable device.

When the US Air Force needed a convenient way of transmitting hundreds of radar images to command centres during the Cold War in the late 1940s they turned to the telephone system as a solution.

Fortunately modems, already in action in Teletype since the 1920s, were the perfect tool for taking the digital radar images and converting them into analogue transmissions and then back again so that they could be sent across the network of telephone systems already in place.

The modulator-demodulator, aka the modem, was enhanced by Bell Laboratories to improve upon the Teletype speed of approximately 150 bits per second (bps).

It was in 1962 that the first commercial modem, the Bell 103, was released by AT&T. Including full-duplex transmission, frequency-shift keying (FSK) and a speed of 300 bps (baud). These modems were designed to hold a telephone's receiver in a cradle with wire connections running from the cradle to the computer.

BIT BY BIT: The Bell 103 modem that ran at 300 bits per second [Image credit: www.velocityguide.com]

To grab a bit of perspective on the actual speed of these modems, consider that a letter consists of eight bits. A speed of 300 bits meant that this modem could only send out around 30 letters a second.

It was also in the 1960s that Paul Taylor, building upon the work of James C Marsters and Robert Weitbrecht, developed the world's first telecommunications device for the deaf using an acoustic modem.

CONNECTED: The Miniprint 425 TDD telecommunications device for the deaf

The spread of bulletin board systems (BBS) meant that users were soon demanding greater speeds to transfer larger files and images and market demand led to the development of the V.22 or Bell 212 modem at 1200 baud.

ONLINE: Using a 1200 baud modem to access the BBS at one of Canada's largest universities [Image credit: dblackadder]

This modem delivered more characters and introduced a very simple data compression that worked well with text but didn't have great results with images.

Running along in the background was also some hefty legal action and competition as AT&T initially prevented customers from connecting devices from other companies to their telephone lines.

However, thanks to Tom Carter the Carterfone Decision of 1968 soon saw this unfair advantage taken away from AT&T.

"While we could visualize what should be possible and how it could change the shape of the communications industry, our first thought, however, was for self preservation... I approached a number of communications equipment manufacturers for financial support, but they were all afraid of jeopardizing current or potential Bell contracts," said Tom.

After he won the case the market was suddenly left wide open with companies like General Electric entering the field with glee.

Current page: A history of modems