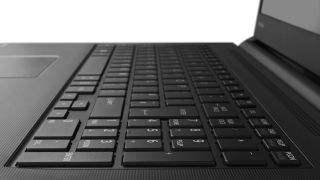 The internet is just a pipe, and any attempt at real security is merely a sticking plaster that's doomed to get hacked, somehow, by someone, at some point. Cue the Blockchain, a tech that proves ownership in an indisputable way.

Said to be as powerful a catalyst for creativity as Internet Protocol, Blockchain-led innovations are likely to begin in the world of financial services, but could extend far beyond – its full potential is now only just starting to be understood.

"[It could] bring a whole new dimension of trust to the internet," says Richard Moulds, VP Strategy, Thales e-Security, "such that it can become a transactional platform between people and things, and not just the pipe that connects them."

No wonder, then, that Blockchain accounts for the largest spend on emerging technologies this year – almost $1 billion. And you thought it was just a Bitcoin enabler.

"Blockchain is designed to make transactions fraud-proof," says Ajay Vij, Vice President and Head of Financial Services for Europe at global IT consultancy Infosys. "It takes the form of a distributed database against which anyone can verify the validity of transactions held within it."

Sometimes referred to as a shared write database or a distributed ledger, a Blockchain is technology that acts in a similar way to a digital signature. "The Blockchain is a distributed ledger that is a very secure way of passing information from one place to another," explains Gareth Stephens, Head of New Proposition Development at identity data intelligence company GBG.

Completely open source tech, nobody owns the Blockchain, there's no central arbitrator verifying that each transaction is valid, and the entire network self-regulates. "The fact this self-regulation is extremely robust is the genius of Blockchain technology," says Stephens.

A database, a protocol and an app?

"A Blockchain can be a database, a protocol and application all at once," says Micah Winkelspecht, Founder and CEO of Blockchain provider Gem. "Once the data is recorded it's practically impossible to rewrite, so by design, Blockchains create permanent historical records." The attractions of such a technology are obvious to a world that's moving every kind of commerce, financial transactions and data online, or to the cloud, but always across insecure networks.

Each transaction creates a 64 character hash which the network owners use to build a block by combining it with a previous hash. "The blocks are produced in a chronological and linear order with each new block containing a one-time-use character string or hash drawing that refers to the block before," says Vij. "It is therefore almost impossible to create false transactions without them being spotted."

The banks' back office systems and ledgers, which are currently subject to cybercrime and fraud risk, could about to be sealed up. Blockchain's in-built ability to record and time-stamp all transactions – and cheaply, by replacing complex existing processes – hugely appeals to this heavily regulated, cost-conscious industry.

What are Blockchains used for?

So far Blockchain is known as the enabling tech behind the cryptocurrency Bitcoin, which is mostly used to make international payments that swerve the expensive currency conversion process. However, its real advantage is that it is a much cheaper way to make payments. Bitcoin has exploded in value recently, but it's dwarfed by the mainstream global finance industry, which moves trillions of dollars of assets every day.

"This technology can be applied within the existing financial infrastructure to digitise every asset type like stocks, bonds, options, futures, land titles, real estate, and more," says Winkelspecht. "Exchanges of these assets can currently take days or even weeks to complete, but now, these assets will be able to change hands at the speed of the internet."