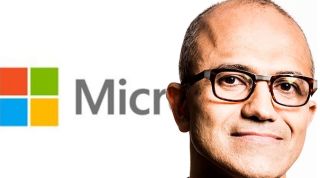 More than one change in this latest update

Microsoft has updated its OneDrive cloud platform with a slew of quality of life enhancements.

The first change is an increase in the size of image and video thumbnails, so that they are more legible. Video playback has improved, and they can also now be accessed via the All Photos view.

The second change lets users customise the covers selected for albums, replacing the automated ones chosen by Microsoft, which might not have been suitable previously.

The third change is all about social media, expanding on Microsoft's previous efforts to let users post photos from OneDrive to Facebook by offering the same functionality for videos. Since this includes native support, the videos will play straight in Facebook rather than redirecting to OneDrive.

The fourth change lets users add additional items to a shared group of files within a folder, without having to share the entire folder or start the sharing process all over again.

Finally, the Android app has received a major upgrade, with the ability to share, move, and sort files and folders, update view and edit sharing preferences, and select multiple files for download. This version works on Android 4.0 or above.

The rest of the changes affect both the web version and OneDrive mobile app, and should be rolled out to users within the next few days.