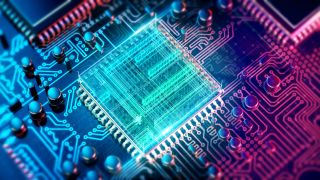 In a draft paper which was accidentally leaked recently, Google claimed that it had reached “quantum supremacy” but now IBM has publicly questioned those claims in a blog post of its own.

Quantum supremacy is a concept which was originally put forth by Caltech professor John Preskill and in order to reach it, a company would need to demonstrate that a quantum computer could do something that today's classical computers cannot.

In its blog post, IBM's quantum team said that Google's claim of quantum supremacy was flawed because its Sycamore quantum processor had not yet exceeded the capabilities of classical computers, saying:

“Because the original meaning of the term “quantum supremacy,” as proposed by John Preskill in 2012, was to describe the point where quantum computers can do things that classical computers can’t, this threshold has not been met.”

The leaked draft of the Google paper that recently appeared online explained that the company had posed a statistical math problem to its own prototype quantum processor called Sycamore and the world's fastest supercomputer called Summit at the Oak Ridge National Lab.

Using the experiment's results, the paper estimated that one of today's top supercomputers would need approximately 10,000 years to do what Sycamore did in 200 seconds.

However, IBM was responsible for developing Summit and the company says that the supercomputer could have done the work in two and a half days and possibly even faster if it was given more time to perfect the implementation. While this would still not make Summit faster than Sycamore, in his original definition of quantum supremacy, Preskill did say that a quantum computer would have to do something impossible for a classical computer to do, to reach the milestone.

Google is expected to publish a peer-reviewed version of its leaked quantum supremacy paper which will be based on its latest Sycamore chip. IBM's recently released paper has yet to be peer reviewed but the company says that it will be soon.