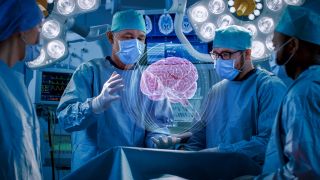 Growth in healthcare spending across the globe is set to surge massively in the near future, presenting major challenges for governments – but equally big opportunities for digital tools and medical technology.

A new report from Lux Research estimates that global healthcare expenditure will increase by 7.5% in 2020 (up strongly from growth of 2.4% in 2015), meaning that next year’s growth alone will be a rather staggering $750 billion globally.

Lux notes that this sort of ‘unsustainable’ growth will exceed annual GDP growth for many countries, meaning governments will potentially struggle to balance health budgets – but that the ‘digital transformation of healthcare’ will help.

And it will aid in not just reducing healthcare costs, but also improving results for patients.

Digital technologies will have the most impact on areas such as clinical trial management in terms of medical research, and decision support within the provision of care arena.

And areas that Lux notes are relatively niche now, but are set to play a much more important role in the relatively near future, include digital therapeutics (software-driven evidence-based therapeutic interventions) and interoperability of electronic health records (EHRs) for hospitals.

The report predicts that digital tools will reduce the cost of widely experienced health issues like diabetes, which currently costs something to the tune of $1.3 trillion globally, with that amount expected to double over the coming decade.

Lux also foresees the healthcare industry being transformed with digital technology making the patient more of an active party “whose decisions and quality of life influence product development”, rather than just a passive receiver of care.