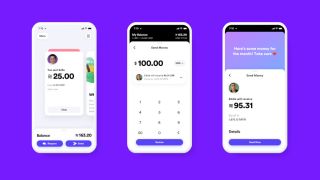 An investigation by The Washington Post has discovered a dozen accounts, pages and groups on both Facebook and Instagram that claim to be official hubs of the social networking giant's new cryptocurrency .

Some of these fraudulent pages even advertise that they are selling Libra at a discount through third-party websites despite the fact that Facebook's new digital currency is currently slated for a 2020 launch.

Given its experience with cryptocurrency related scams in the past, the social network should have been prepared that fraudsters would take advantage of Libra.

However, Washington Post's investigation into fake Libra pages has revealed that Facebook wasn't prepared and to make matters worse, the news comes at a time when the company is facing increased government and public scrutiny over its plan to launch its own cryptocurrency.

The scammers trying to impersonate Facebook used the company's official logo, Libra's official marketing images and even photos of CEO Mark Zuckerberg to appear more legitimate according to the Washington Post's findings.

For instance, one page contained links to a site called BuyLibraCoins.com that was both well-designed and even included links to buy Libra tokens even though they have yet to have been released. On the other hand, other pages appear to have been setup to reserve important Libra brand names for future use.

Facebook has now removed many of the pages discovered by the publication but this is likely not the last we'll hear of Libra scams as we get closer to the launch of the social network's cryptocurrency.