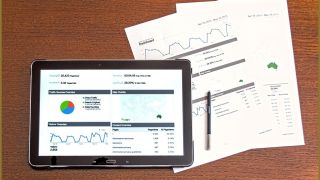 When Oakland Raiders and Chicago Bears met on the pristine Tottenham Hotspur Stadium field, the NFL celebrated the twelfth year of its relationship with London. While running backs and linebackers clattered into each other, there was a sophisticated collaboration conducting the chaos from the sidelines.

The 2019-20 NFL season promises to be the most technologically advanced in the competition’s history. Zebra Technologies’ agreement with NFL as the “Official On-Field Tracking Provider” has now been extended until 2021 – the initial partnership agreement covered the 2014-2018 seasons.

Zebra now provides all NFL teams with access to league-wide, 11-on-11 data from each game, thus enabling a new level of statistical information and analytical research to help support player evaluation and development, scouting activities and game-planning processes. Prior to 2018, NFL clubs only had access to their own tracking data following each game.

Radio frequency identification (RFID) tags placed in all players’ shoulder pads and footballs power the NFL’s Next Gen Stats, providing teams, broadcasters and fans with unique real-time metrics and readings that made every play even more exciting.

John Pollard is the Vice President of Business Development for Zebra Sports.

The same technology used in factories, warehouses and retail stores to track and trace the movements of people, inventory, and material maintenance management is now empowering the NFL to implement a best-in-class player and ball tracking system that is helping teams capture their edge.

To enable the football data collection, RFID tags are incorporated into player equipment and the football, transmitting real-time location data to receivers positioned around the stadium to gather metrics such as players’ top speed and accelerations, distance travelled during a play and throughout a game, proximity to other players and the ball.

A growing number of NFL clubs—about one-third of the league—also use tracking technology as practice system to capture player fitness tracking information throughout the practice week and over the course of the season, allowing teams to analyze the players’ practice activities performance. This has led teams to conduct research and analysis in an effort to draw insights and correlations when studying game data and practice data together.

The same RFID tags are also built into the balls thanks to a collaboration with Wilson Sporting Goods. The tags only account for 1% of the weight of each ball, as they weigh just under 4 grams. This is vital so that they don’t affect the ball’s flight integrity, shape or movement - designed to meet the specifications of a game-day ball.

A New Level of Player and Game-Play Information

During each game throughout the season, the radio frequencies from both the players and game balls are picked up by receivers located around the perimeter of the stadium. The 2018-19 season proved that teams across the NFL have grasped a new level of comfort and understanding regarding the strategic value player and ball tracking information provides.

For example, player tracking information allows for project management insights such as quantifying, through empirical data, how quickly players move during a play whether making a tackle, covering an intended receiver, or playing the ball during a pass play. Player tracking technology and information is helping provide the NFL and its teams new levels of efficiency while also revolutionising the way coaches, trainers and scouts can assess player performance and study game-play tendencies.

The tag implemented in the footballs allows the NFL to track them continuously during the game and provides unique workflow information for all passes and kicks including velocity (MPH), rotational information (RPM), and ball height. Zebra MotionWorks® technology is also used at the Reese’s Senior Bowl, an invitation-only college all-star game held in Mobile, Alabama that is an opportunity for professional scouts and coaches to assess participating players’ performance via a series of practices and a game as they embark on their transition between college and the professional league.

The information and insights that can be derived from tracking solutions is also a useful resource for NFL strength and conditioning coaches when assessing the workload, performance, and participation of each player during practice, throughout the course of the season.

Through a set of specialised reports and analysis, strength coaches can develop unique performance profiles for each player on a roster so they can tailor the fitness regime and development of each individual player. This information can be particularly useful when reintroducing a player to activity from injury and/or a prolonged period of time off.

The RFID tags work to gather the data behind the NFL’s Next Gen Stats, too. This gives the fans watching at home, league media partners, and sports broadcasters up-to-the-minute access to unique game data and player performance management insights. As the popularity of American football continues to grow in Europe, Middle East and Africa, Next Gen Stats can help new fans familiarise themselves with game-play and the rules of the game while at the same time providing experienced fans with a new level of exciting information that will enhance the game viewing experience.

For all the amazing insights that we have received this season, the possibilities for on-field technology in the NFL as well as other sports is far from at its peak.

Just as supply chains are multi-dimensional and require smart devices to allow employers to make data-driven decisions, team sports are complex and require insights that help players reach their performance potential. It’s not difficult to imagine the significant impact RFID would have in other team sports such as rugby and football.

While training and game-day tracking continue to evolve, data-driven insights are rapidly aligning with the desires of today’s on-demand society, connecting players and fans in an even better way.

John Pollard is the Vice President of Business Development for Zebra Sports.