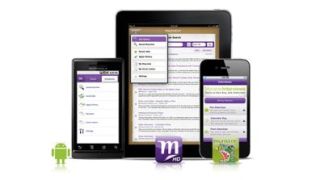 Monster jobs sees rise in IT recruitment in March 2012

The latest survey from jobsite Monster shows a rise in job advertising, with the largest rise in IT.

Highlights of the survey include;

Growth in IT and Hospitality and Tourism

Jobs in the IT sector rose by 25 percent, and reported the largest annual gains in online recruitment for a second month, with further acceleration from the 23 percent rate seen in February.

The next highest growth sector was Hospitality and Tourism with a growth of 15 percent, with an increase in online recruitment year-over-year. Recruitment also escalated from February to March, ahead of the usual seasonal rise historically seen in April.

The Midlands is the hot area for recruitment

The spread of jobs around the country differed quite significantly. The Midlands experiencing the highest growth in online job opportunities across the UK (+19 per cent.) With the increase attributed to online recruitment activity across the engineering, consultancy and manufacturing sectors.

Recruitment in London was up by just one percent, with a slightly reduced activity in online recruitment year-over-year, with the growth trajectory for the region falling almost flat, in-line with reductions in the banking and accounting sectors.

Wales was the bottom of the UK growth league, down seven percent, with further reductions in online recruitment compared to a year ago and was the only region to report a decline for the second consecutive month.

Commenting on the Index results Julian Acquari, Managing Director of Monster UK & Ireland, said "With online job opportunities at their highest level since November 2008, it's really positive to see that the IT industry is going from strength to strength each month,"

Adding "The outlook for the UK does remain mixed, but more than two thirds of industries across the UK have exhibited annual growth which indicates that the job opportunities online are picking up again."