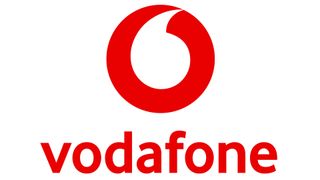 Vodafone has said it may quit its multi-billion pound India business following disputes over taxes.

The company has around 300 million customers in India through its Vodafone Idea joint venture, equivalent to around 30 percent market share, and has pumped billions into India, making it the nation's biggest foreign investor over the past decade.

However it has become annoyed at what it sees as unfair tax demands from the nation's government, which is calling for a number of companies, including Vodafone, to pay back billions in back taxes.

The ruling last month by the Supreme Court of India called for payments of over £11bn ($14bn) to cover unpaid tax, penalties and interest going back to 2003.

Vodafone's share thought to be around £3bn, leading to chief executive Nick Read heading to India recently to strike a deal.

“I told them, if they don’t provide a relief package, we are in the situation of: ‘Is this worth being a going concern?'" Read said.

“I went over there and was very, very clear that we have put multiple billions of dollars into the country over the years but we will not put any further capital in (without acceptable relief).”

The news put a slight cloud on Vodafone's latest financial returns, with the writedown to cover the India business leading to the comapny reporting losses of €1.9 billion.