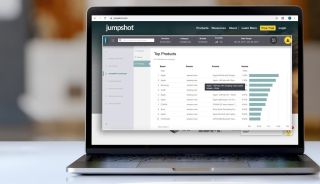 Following the reveal of its recent data-selling controversy, Avast has announced that it will wind down its marketing technology subsidiary Jumpshot.

Jumpshot had previously collected data from across the web, analyzed it and then sold that data to third-party customers including tech giants such as Microsoft and Google as well as big brands such as Pepsi and Home Depot. However, the controversy stems from the fact that Avast's subsidiary sold user data to other companies without first informing users.

In a blog post, Avast CEO Ondrej Vlcek explained to its customers and investors why the company created Jumpshot in the first place, saying:

“We started Jumpshot in 2015 with the idea of extending our data analytics capabilities beyond core security. This was during a period where it was becoming increasingly apparent that cybersecurity was going to be about big data. We thought we could leverage our tools and resources to do this more securely than the countless other companies that were collecting data.”

Avast first found itself in trouble back in December when Mozilla removed its extensions from Firefox after reports revealed that they were collecting user data and browsing histories. However, a follow up investigation by Motherboard shed new light on these practices and showed how the antivirus maker supplied Jumpshot with user data.

Avast provided further details on Jumpshot's future in a press release in which the company explained that its subsidiary will no longer provide data to third-party companies, saying:

“Jumpshot intends to continue paying its vendors and suppliers in full as necessary and in the ordinary course for products and services provided to Jumpshot during its wind down process. Jumpshot will be promptly notifying its customers in due course about the termination of its data services.”

While Jumpshot's days are numbered, it will still take Avast time to regain customer trust and the security company could potentially face investigations regarding the collection and sale of user data despite the fact that its CEO said that both companies “acted fully within legal bounds” in regard to GDPR compliance.