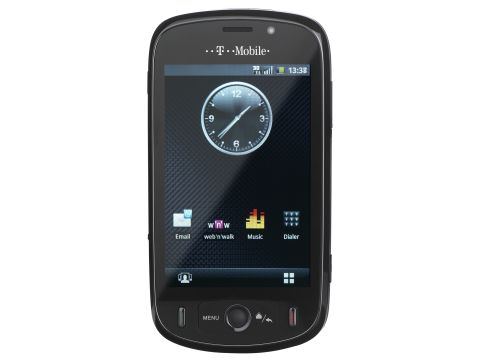 Along with the HTC Tattoo, the T-Mobile Pulse brings Android to the masses

With the Android smartphone platform gaining momentum as the number of handsets available expands, T-Mobile has introduced its own-brand low-cost touchscreen alternative – the T-Mobile Pulse.

The Pulse offers a pay-as-you-go route into the Google-powered smartphone world.

Starting at £179.99 in pre-pay deals (and expected to be free with contracts), it's the most affordable Android-equipped smartphone so far.

While HTC has made the early running as the main Android handset producer, manufacturers like Samsung and Motorola have recently joined the game with their own debut Android touchscreen phones, and a bunch of others, including LG, Sony Ericsson and Acer, are committed to releases in the near future.

The market certainly is about to get a whole lot hotter.

T-Mobile's own-brand Pulse is a handset sourced from Chinese mobile communications maker Huawei (best known in this country for supplying mobile internet dongles to the major networks). The Pulse is a T-Mobile optimised version of the HU8220, and is a slab design with a 3.5-inch touchscreen – the largest on an Android phone so far.

The T-Mobile Pulse may be the most affordable Android handset to date, but that doesn't mean a lean set of features.

It has HSPA and Wi-Fi high-speed data connectivity, is equipped with A-GPS satellite location-finding technology and supports a rich spread of video, music and other media functions, including a 3.2-megapixel camera.

Running on the Android 1.5 Cupcake version of the smartphone OS, it comes loaded up with the usual healthy set of standard Android applications and has plenty of functionality out of the box, including all the Google regulars.

In addition, users can, of course, augment the onboard software with application downloads, using the embedded Android Market application to browse apps online.