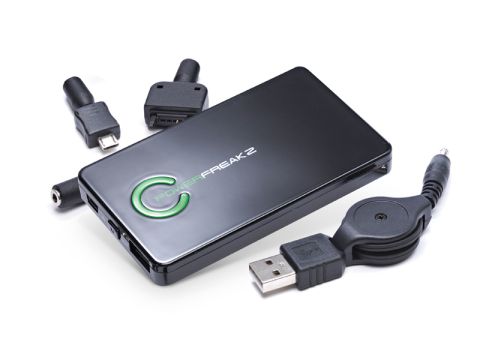 Bin all your chargers for one do-it-all device

Nobody will be shocked to learn that the proprietary connectors used to power your various devices don't exist for any other reason than to make those devices incompatible with others.

Tech companies like to be awkward if they can. We have no doubt that the iPod could function perfectly well with a standard mini-USB socket, but Apple chooses to persist with its 30-pin dock connector – and we can't stop it.

The majority of small devices simply require a nice 5V feed to charge their batteries, so a multi-charger like the Evolution 2500 is the ideal solution.

In essence it's a standard USB wall-wart, a generic extendable cable and a large bunch of interchangeable connectors for numerous devices. Discard the charger and you can use the cable in a USB socket on your PC instead, to precisely the same effect.

The highlight of the package is the neat rechargeable battery, which is hefty enough to supply emergency power if – or should we say when – your iPhone spontaneously dies in the field.

Charge up the Evolution 2500 for six hours via its mini-USB socket and the small package packs enough juice to impress us. Fully charged, it easily powered up our near-to-death test iPod Touch to what read as 100 per cent battery, although it should be noted that the iPod family doesn't always give the most accurate power readings.

At £40, however, we're not sure the Evolution 2500 really pays for the inconvenience it's designed to prevent. Unless, that is, you carry an incredibly decadent number of devices, or constantly find your iPhone running flat.

If that's a frequent occurrence in your life, the hefty emergency battery makes this a revolution, not an evolution.