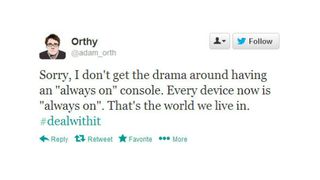 If a tweet can get you fired from Microsoft, then it probably deserves to be in the dictionary

Did you think that "tweet" was the sound a bird makes? How quaint.

It will be added in the June 2013 edition of the dictionary, presumably in both noun ("a tweet") and verb ("to tweet") forms.

In a blog post that deals primarily with exploring the many thousands of definitions of the word "head," OED Chief Editor John Simpson writes that the inclusion of the word tweet "breaks at least one OED rule, namely that a new word needs to be current for ten years before consideration for inclusion. But it seems to be catching on."

If you've got the latest version of the Oxford English Dictionary you can tweet about TechRadar's other irresistible blips!