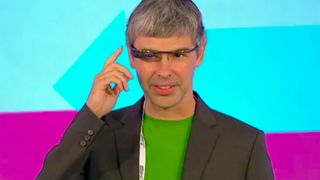 Google's Larry Page and Nike CEO Mark Parker both defy Machiavellian expectations to show that you can be loved and lead effectively from the top.

Page tied Parker for the top spot in a recently published survey by online careers website Glassdoor, which ranks CEOs based on feedback from within their organisations. In addition to Google, a number of CEOs from technology companies made the cut.

"The list ... recognises the 50 Highest Rated CEOs at large companies (1,000 or more employees), determined by the people who work for them in the US - their employees," Glassdoor said of its survey. Glassdoor also has a separate survey ranking 25 CEOs from small and medium businesses (SMBs).

Moving up into the top spot from number 12 a year ago is Larry Page, the co-founder and CEO of Google. It's not surprising to see Page land the top spot with a 97% employee approval rating, considering the culture he helped build at Google favours hard work and rewards employees with office perks not heard of before in Silicon Valley.

"You'll see Larry and Sergey at TGIF and you'll admire how they lead the company," one Google employee wrote on the Glassdoor forums. "They are brilliant, goofy, low key but intense, and likable."

"Hires the best and the brightest people and works on ambitious goals. You work on things that matter in the world. Larry has a great vision for the company," another Googler added.

Page isn't the only likable geek in town, however. He is joined by Facebook's Mark Zuckerberg at number four, Apple's Tim Cook at number 10, T-Mobile's passionate and outspoken John Legere at number 14, Salesforce's founder Marc Benioff at number 21 and Airbnb's Brian Chesky rounds out the list for tech at number 48.

The likability index proves that you can be effective without being abrasive in leadership, a trait that was often attributed to late Apple CEO Steve Jobs who was known for instilling fear in his employees.

Last year's most beloved CEO, Linkedin's Jeff Weiner, dropped to the twelfth position on the list this year with a 93% rating. Weiner's drop in the rankings may be in part due to the changing culture at LinkedIn as it grows, adding more bureaucracy and red tape.