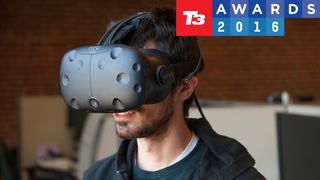 Your chance to choose the hottest tech of 2016 is here, with the voting for a special 10th anniversary T3 Awards now open.

It's been a decade since the first T3 Awards picked out the greatest tech on the planet and let the public help decide what the best of the best should be - and to celebrate this year's awards will be a glittering black tie event at the Royal Horticultural Halls in Victoria, London.

VR's huge impact in the past 12 months is definitely front and center in the awards this year, with the HTC Vive up for three awards, Oculus Rift two and the Samsung Gear 360 fighting for the innovation gong.

Samsung tops the nominations list with 11 - including the Samsung Galaxy S7 Edge which will compete in the always hotly-contested phone of the year.

You can cast your vote at www.t3.com/awards