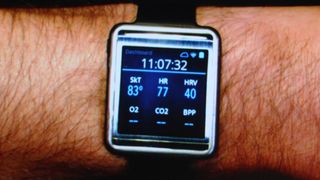 Will smartwatches be enough to drive the wearable tech trend?

It's now rather common to hear 'wearable technology' heralded as the next big thing.

It's a global trend – one which Samsung and Fitbit have been quick to capitalise on by releasing smart-watches and activity trackers, one which has enabled Pebble to rocket from $0 to $10,266,845 in the space of a few weeks, and one which has afforded an entire generation of Apple enthusiasts plenty to speculate about.

No doubt spurred by the stuff sci-fi dreams are made of, brands, journalists and entrepreneurs alike are eager to see what the future of wearables will look like.

But can it be anything other than a gimmick? Will wearables realise their full potential and change the way we think about and use technology?

Smartwatches certainly provide us with a first look at how technology is being adapted to fit seamlessly with our everyday. Sleek design, straight-forward functionality and a variety of different models is establishing a market for an entirely new type of product. Some 70 years later, Dick Tracy's talking wrist watch has become a reality.

However, despite these advances, perhaps there is a limit to the amount that smartwatches can achieve? Size really does matter, and particularly when it comes to user interface.

Samsung and Apple are still fighting to convince consumers that their screen size is best suited to the needs of an everyday phone user and you only need to look at Samsung's recent advertising campaign to see that things can get quite personal. This begs the question: is a watch face big enough? Will it limit the product's possibilities?

Wearables aren't a fad, and neither, in fact, are smart-watches, despite some teething problems. However it won't be until we change the way we input information into our brains – stepping beyond a simple screen-based interface – that the wearable revolution will really take off.

All eyes on Glass

The reason why Google Glass has been so lauded is because it gives us a vision for how seeing the world could be completely overhauled through technology. We'll no longer need to check our phone or wrist, simply looking at a piece of art, a menu or a road-sign will result in us being presented with a range of useful facts and instructions that help us make better informed decisions.

Most significantly, these kinds of wearables have the potential to personalise functionality and content based not only on your preferences and personal data but also your physical surroundings; a potential game-changer.

In the not too distant future YPlanners will be able to walk past a theatre, music venue or bar and will have our app automatically recommend events based on their Facebook likes and current location. Whilst it may sound like future gazing, the wearable tech revolution is upon us.

All we need to do now is ditch the screen and starting thinking on a deeper level about how we see and interact with the world.