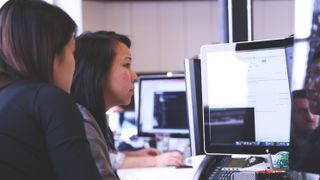 From Jeff Bezos and Mark Zuckerberg to Larry Page and Sergey Brin - some of the world’s most powerful CEOs have cut their teeth as computer developers and coders.

However, despite these high-profile examples, developers have often been criticised for not having much talent for, or even interest, in the business side of things.

But as the world becomes increasingly led by technology, what was a rare sight at the beginning of the noughties - companies led by developers schooled within computer or design studies - is now becoming more common. You only need to look at the likes of Patrick Collison, CEO of Stripe, Evan Spiegel of Snapchat and Brian Chesky of AirBnb.

And even if a CEO has no background in development, you can hedge your bets that they’re doing their utmost to harness and grow the talent and capabilities of developers within their organisation.

Whereas in the past CEOs have been the traditional figurehead of the business, and developers firmly down the chain of command; the skills required, and the powers that operate under them, have evolved. This is no more truer than in my industry -  skillful developers and coders are the driving force behind fintech in the UK and beyond.

One of the reasons why the UK’s fintech industry is so strong is because of the power given to developers.

We challenge the status quo; just because something already exists and works, doesn't mean that it's perfect. We use technology to make traditionally clunky or unfriendly customer experiences better, simpler and faster. This is something traditional banks have long struggled to do, as they’re hamstrung by legacy systems. And once we’ve developed a solution, we’ll constantly work to improve it. Every software developer I’ve met firmly believes that they can develop and build something better than the guy sitting next to them; a rounder, better wheel.

It’s this energy that makes developers so valuable in a forward thinking company. Through thinking and acting with a developer mindset - one which focuses on a customer’s pain points - we develop solutions that make their life easier, improving overall customer experience, and growing their business through tech-led solutions.

CEO’s aren’t irrelevant, but their roles are changing

So what does that mean for a CEO with little development knowledge? Well, what previously defined a leading CEO: a strong, dominant, leader, focused on creating a company that led from the top-down, with a hierarchical structure, has shifted towards a figurehead that needs to be much more in tune with the technical background of a company, and open to ideas from the bottom-up as well as the top.

As Steve Jobs famously said: “It doesn't make sense to hire smart people and tell them what to do; we hire smart people so they can tell us what to do.” Modern CEOs understand the power of smart thinking, and the technology powering the company much more than they used to.

This is further represented in a change in the career path towards CEO. Whereas in the past a CEO would have often held a COO position before stepping up, particularly at large corporations, we’re seeing a lot more CEOs entering the field with a developer background.

But that doesn’t mean every developer has the characteristics to be a CEO. Far from it. For every success story, there’s probably hundreds others that have failed. But what unites the skill traits of a good future CEO is an appreciation of development.

If the CEO doesn't have a developer background, then they will certainly need to understand the power of the developers in their business.

If developers are the wind, then CEO’s are the sails

Developers want to drive things forward at a quick pace. They want change, and they want it now. It’s down to modern day CEOs to nurture this attitude.

A developer spirit to make the impossible possible is unrivalled, while modern, successful leaders have clarity of vision, they have empathy, they can reach out to people’s minds and inspire them. Combine these traits together, and you can create a forward thinking disruptive company.

Developers now run this world, and this shift is reverberating across the c-suite.