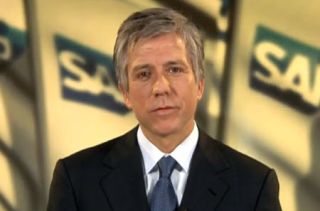 SAP Q1 revenue increased 3% to $5.1 billion, compared with Q1 of 2013. The organization attributes its revenue increase to a 60% increase in revenue from cloud subscriptions and support year-over-year.

The German software company's net profit also increased 3% to $739 million. SAP co-Chief Executive Bill McDermott expects the company to generate $8 billion in 2014, an increase of approximately $400 million over last year, he said in an earnings statement.

U.S. cloud subscriptions and support were critical to SAP's business in Q1. SAP's overall cloud revenue run rate was $1.5 billion overall, with approximately 50% of the company's cloud revenue coming from the U.S.

SAP has more than 36 million cloud application subscribers to date.

SAP released a new version of its Business One application for the HANA platform in March, a few weeks after announcing HANA's consumption-based model. In August, HP launched a cloud service for HANA designed to help organizations analyze big data in the cloud. Since its launch in 2011, SAP HANA has registered more than 3200 customers.