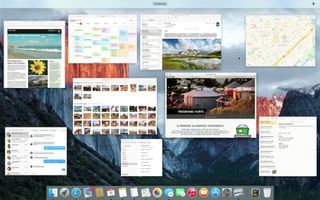 In case you've been dying to try out OS X El Capitan, Apple just released the public beta for the next version of its desktop OS.

While El Capitan doesn't bring the spanning visual changes Yosemite and Mavericks wrought, the latest version of Mac OS X cleans up and makes the desktop experience much more efficient.

For starter, users can finally snap windows to one side of the screen with Split View. Meanwhile, Spaces Bar revamps multi-desktop management that's more focused on dragging around windows. Finally, Metal adds an improved graphics core for gaming on Macs and MacBooks.

As with any beta, don't be surprised to find that some programs don't work as they did on Mavericks or at all in certain cases. It's also a good idea to back up your current system or load the beta operating system onto a partition.

Apple has yet to announce an official release date for OS X El Capitan but it should arrive in October, given that OS X 10.09 Mavericks and OS X 10.10 Yosemite originally arrived in that same month.