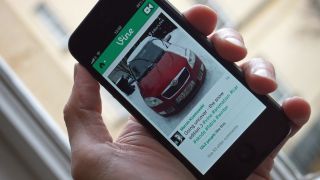 Vine, Twitter's micro-video posting app, received an update today with its most notable feature the banning of minors from using the service.

New users and those trying to update Vine will be greeted with a new warning message informing them that the app in question is intended for users 17 years of age and older.

Along with the warning, Vine's App Store description has been updated to cover all bases, saying Vine may contain frequent or infrequent drug use or references, sexual content, profanity, violence, mature and suggestive themes, and gambling.

Perhaps it's a simple typo, but it seems to be telling that "intense sexual content or nudity" is the only item listed as occurring frequently when all other situations are said to be infrequent.

It didn't take long for users to start posting their 6-second smut on Vine, which Twitter at first tried to shrug off using terms of service that placed responsibility solely on users.

While Twitter will continue to monitor and remove pornographic searches, imposing an age restriction for Vine appears to be the social media giant's way of admitting there is only so much it can do to stop smut outright on Vine.

Twitter is still trying even though it may be futile, as today's Vine update also adds the ability to report objectionable videos using a "…" icon in the corner of each video post.

In reality, the age restriction is not much of a hurdle for a motivated youth, but the cautionary warning is at least enough to keep Vine getting pulled from the App Store. It seems that the pursuit of a porn-free Vine will be one punctuated by little victories rather than really penetrating the issue.