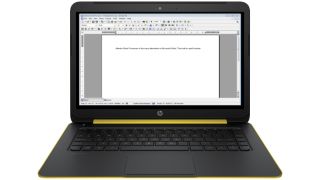 Office 365 might be the new gold standard for word processors yet there are plenty that till yearn for the grey-and-blue tinged days of Microsoft Word in older versions of Windows and for all those people Atlantis Word Processor is here to help.

Why you need it

Word processor programs are increasingly moving into the cloud with the likes of Office 365 hastening that transition and for anyone that doesn't have any interest in making that move, Atlantis Word Processor is here to help.

Taking more than a few cues from old versions of Microsoft Word, Atlantis Word Processor is as simple as they come and makes no effort to get away from the fact that it will help you to create, open and save documents into a range of different formats. Microsoft doc and docx formats are both supported as well as RTF, encrypted COD and plain text. Alongside that are an extensive set of formatting options to make it feel even more like Word such as fonts, bold, italic, underlining, text colours and highlighting.

Every time a new document is opened the program keeps itself neat and tidy by organising them in tabs along the bottom of the window and you only need click each one to open it up once more.

Other added extras include a built-in spell checker that oversees your work as you type, sound options that can be adjusted so that it sounds like a typewriter every time a keystroke is detected and a power type mode that guesses the word after the first few letters have been typed.

Anyone that is missing the older versions of Microsoft Word with a few subtle upgrades will find much to get excited about here and as a word processor it is a solid proposition for any Windows PC user.

Tabbed documents: Any documents open inside Atlantis Word Processor are organised by tab at the bottom of the window to give quick and easy access when working across various projects at one time.

Power Type: A built-in feature that guesses what you're going to type much like the predictive element present on smartphones.

Nostalgic Design: Atlantis Word Processor looks and works like an old version of Microsoft Word, something that will be familiar to many users.