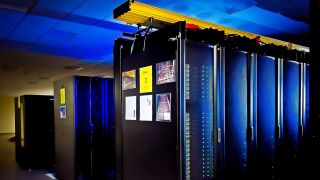 During the International Supercomputing Conference in Frankfurt, Germany this week, Nvidia announced that it will support processors from the British semiconductor design company Arm as it looks to gain a greater foothold in the supercomputer market.

Nvidia has long been known as a supplier for graphics chips for the PC industry but in the past few years, researchers have also started to use its chips inside data centers to boost AI workloads. The company's accelerator chips work alongside central processors from Intel and IBM and will also soon do so with Arm chips.

According to Nvidia, its accelerator chips will work with Arm chips by the end of this year. Founder and CEO of Nvidia Jensen Huang explained in a press release how the combination of its chips and Arm's will help supercomputers come closer to reaching the exascale level, saying:

“Supercomputers are the essential instruments of scientific discovery, and achieving exascale supercomputing will dramatically expand the frontier of human knowledge. As traditional compute scaling ends, power will limit all supercomputers. The combination of NVIDIA’s CUDA-accelerated computing and Arm’s energy-efficient CPU architecture will give the HPC community a boost to exascale.”

Arm, which is owned by Japan's SoftBank Group Corp, has gained notoriety in recent years as its chips are used in most smartphones. However, companies such as Ampere Computing have been working to use the British firm's chips in data centers where Intel's chips are the most widely used.

Unlike its competitors, Arm doesn't produce its own chips but rather licenses the underlying technology so that others can use it to make processors.

Nvidia decided to make its chips work together with Arm's chips after European and Japanese researchers said they wanted to develop super computing chips using Arm's technology so that they could have a third option in addition to IBM and Intel, which currently control the market.

The announcement follows Nvidia's recent $6.8bn deal to buy the Israeli firm Mellanox Technologies whose high-speed networking chips already appear in some of the world's most powerful supercomputers.