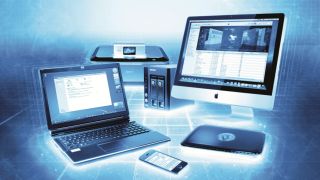 Dell has teamed up with Big Switch Networks to advance the goal of open-networking, with expanded choice of networking hardware and software.

The partnership will offer an alternative to so-called "white box" or "black box" switching, where the former forces the customer to do everything, while the latter allows no customisation.

Aside from anything else, Dell is promising the potential of lower prices compared to traditional switching, with operational costs that are even better than the bare-bones "white box" approach.

"Dell's push into open networking, and this announcement with Big Switch and other vendors, are great examples of original thinking and innovation coming from the new Dell, "said Tom Burns, VP and GM of Dell Networking.

"We're seeing tremendous initial customer interest, especially among certain verticals such as large financials, Web 2.0 and mobile service providers. It's drawing Dell Networking into additional business discussions where many customers may not have considered Dell before."

Dell will begin offering the new products in the second quarter of this year.