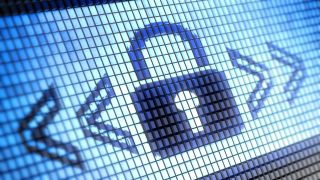 Mozilla has revealed that more Firefox users will be able to benefit from increased privacy and security online thanks to a new partnership with ExpressVPN.

The browser firm has launched a new partnership with ExpressVPN to provide the latter's VPN services to Firefox Lite customers for the first time.

Customers using the newly-rebranded Firefox Lite browser will now be offered a free seven-day trial of ExpressVPN to try out the service, marking the first such partnership of its kind.

“ExpressVPN is delighted to be partnering with Mozilla, as we share their dedication to advancing the open web and online privacy and security,” said Harold Li, vice president, ExpressVPN. “Through our partnership, we’ll be able to help Firefox Lite users secure their connections and ensure their data is not exposed to prying eyes or malicious actors.”

Formerly known as Firefox Rocket, Firefox Lite is a low-power and bandwidth version of Mozilla's popular browser, allowing users to use less mobile data and allow speedy browsing even on poor connection networks.

The offer will initially be available across four countries — India, Indonesia, Thailand, and the Philippines—which have over 729 million internet users combined. ExpressVPN says that users in these countries often turn to public Wi-Fi networks in frustration at poor connections, potentially putting themselves at risk of attack.

"Through our partnership with Mozilla, we hope to be able to educate users about these risks and equip them with tools to protect themselves," ExpressVPN said in a blog post announcing the news.

“We are proud to provide a more secure browsing experience together with ExpressVPN,” said Charles P.C. Chen, head of business development, Mozilla Asia. “We see VPNs as a critical tool for internet security and privacy. ExpressVPN stood out for its pioneering work in leak proofing. We are happy to have established such a strong collaboration to bring a whole new level of secure mobile Web experience for our users.”