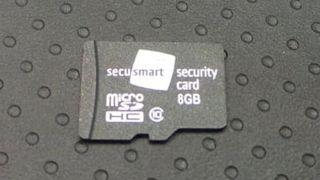 Well before it was acquired by BlackBerry, German company Secusmart was approached by IBM to work on a project, one for a big customer, "probably their biggest customer in the world," Dr. Chistoph Erdmann, managing director of the Blackberry-owned security outfit, told me.

As a system integrator, Big Blue liked it so much that it decided to use it and sell it to customers; "we couldn't think of a better partner to sell our products," Erdmann added.

A few months later, the mobile security startup was acquired by BlackBerry. That product was the SecuTablet, the tablet jointly announced by BlackBerry, Samsung and IBM, a few days ago. The tablet is a standard Samsung Galaxy Tab S 10.5 with Knox and an additional layer of security provided by Secusmart.

The demand for Android tablets made Secusmart a compelling option for BlackBerry, which like Microsoft, has been reinventing itself as a hardware-agnostic, platform-blind, solutions provider. But people want to have choice and the Korean Chaebol was the perfect partner.

"Samsung did a great job with Knox," Erdmann said, "it is the closest thing yet on Android to BlackBerry when it comes to security," before adding that future versions will be more "powerful" without providing more details.

Knox modifies Google's Android by securing the operating system before booting up, i.e. providing boot security. Nobody else has done that on the market yet – it's something that only an OEM can do. "Container technologies are only as good as the OS they're built on."

Secusmart has its own wrapper container, one that secures the data in transit, in use and at rest. Communication, for example, is only carried out through VPN while the cryptographic keys are stored on a removable microSD card (which explains why the technology won't be on the Samsung Galaxy S6 Edge or the Apple iPhone).

Erdmann told me that a removable microSD called the Security Card was introduced because keeping the hardware token and the entity it protects separate was a popular customer requirement.

Removing the card makes the secured apps (but not the smartphone) useless. "Let's say that it is ideal for spies," Erdmann replied when asked who the customers may be.

Should you lose the card though, you will need to contact your managed service provider to get a new one. At 2,600 Euros (nearly £1900, $2750, AU$3600), it is four times more expensive than its consumer-grade sibling which means that it is only targeted at a niche audience for now.

As for Knox, it remains a powerful differentiator for Samsung, one that will, in time, be extended to the rest of Samsung's mobile devices, and even beyond to IoT devices.

"Knox is a security platform which will find its way outside mobile," Lee Epting, the newly appointed VP, Enterprise Business Team and Media Solutions for Samsung within EMEA, told us.

For Samsung, the BlackBerry partnership gives it a formidable leverage in the enterprise market thanks to the tie-up with BES (BlackBerry Enterprise Server).