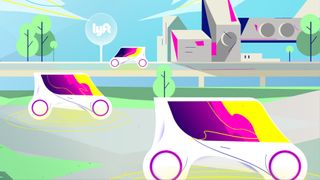 Despite Uber's venture into autonomous cars setting a negative tone after facing suspension and a major lawsuit, another ridesharing service is taking a crack at self-driving cars.

The US-exclusive service Lyft announced plans today to launch its own autonomous car division to work on its open self-driving system. The system, once completed, will allow Lyft and its partners to deploy and manage autonomous cars as they ferry customers around.

Housed in the newly titled Level 5 Engineering Center in Palo Alto, California, Lyft is taking its self-driving initiative seriously, devoting 10% of its entire engineering staff to focusing just on the autonomous tech.

For those not yet trusting of a robot driver (or are simply on a route inaccessible to an autonomous car) Lyft assures customers that it will continue to offer both driverless and human-piloted options for its service in the future.

It will likely be some time before we see the fruits of Lyft's latest labor, but if all goes well, advocates speculate more self-driving cars from any company could significantly drop traffic-related congestion, accidents and pollution — if not at least less awkward small talk with your driver.