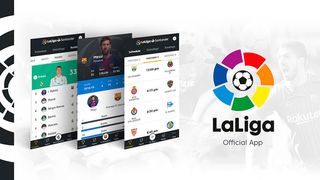 Spain's top professional football league, La Liga, has been fined $284k by the country's data protection agency for using the league's mobile app to spy on its fans.

The app, which has been downloaded on millions of devices, was reportedly used by La Liga to monitor bars showing football matches in an effort to catch establishments that showed games on television without a license.

Fans that downloaded the app did so to stay up to date with schedules, player rankings, statistics and league news but few realized that it also was able to determine when and where they're watching games.

The Spanish newspaper El País reported that the league informed authorities that the app detected when users were in bars and would then use the microphones on their smartphones to record audio. By using a technology similar to the app Shazam, the La Liga app would then use the recording to determine if the user was watching a soccer game. If so, officials would use the location of their device to determine if the bar they were in had a license to play the game.

La Liga has become aggressive in its fight against illegal streaming in recent years and through its app, it found a way to have fans unwilling participate in its crusade.

However, the league insists that users did have the option to opt-out of allowing its app to track the location of their smartphone and use its microphone. For instance the app's privacy policy goes into further detail, saying:

“If you accept the specific and optional box enabled for this purpose, you consent to the access and use of your mobile device’s microphone and geopositioning functionalities so that LaLiga knows from which locations football is being streamed and thus detect any fraudulent behaviour by unauthorised establishments. Activation of both the microphone and geopositioning of your mobile device will require your prior acceptance of our pop-up window.”

While La Liga did inform users in its privacy policy, few consumers actually read through it and the data protection agency ruled that the league did not properly inform users and thereby violated their privacy.

The agency has fined La Liga for violating EU data privacy laws and has also ordered the league to take down the app by the end of June.