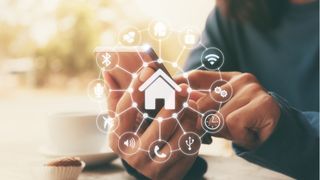 The rise in IoT devices may be leading to better connectivty and a boost in your Netflix consumption, but could also be putting your home at risk of cyberattack, new research has claimed.

However many of these use outdated secuerity protocols or still have the default password in place, leaving households, offices and other workplaces at risk.

In order to get its results, Avast scanned 83 million IoT devices across 16 million homes worldwide. It found that 94 percent of all IoT devices are manufatcured by just 100 vendors, with media and television-related devices the most common.

More worryingly, though, the study found that obsolete protocols like FTP and Telnet are still used by seven percent of total devices, meaning millions of devices are especially vulnerable.

This was also the case for 15 percent of home routers, which is also worrying, as such devices can act as a gateway into the home network, opening up multiple devices to attack.

Surveillance devices such as security cameras were also found have the weakest Telnet profile, along with routers and printers - which again culd put them at rise of compromise, as seen in the hugely damaging Mirai botnet attacks.

“Unfortunately, these devices have remained hidden behind home routers and we’ve had little large-scale data on the types of devices deployed in actual homes. This data helps us shed light on the global emergence of IoT and the types of security problems present in the devices real users own.”