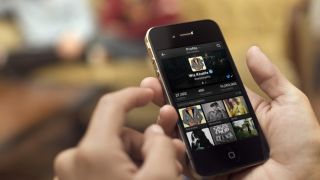 An update to make Charting through #Music easier...

Also part of the Charts section, Superstars, Unearthed and Hunted has been added alongside the old Popular and Emerging options.

While there is still no sign of an Android app yet, iOS users will get bug fixes with the update, as well as the ability to authenticate Rdio in-app rather than having to go through a browser.

Are you an Android user currently going green with envy? Why not try some other blips instead...