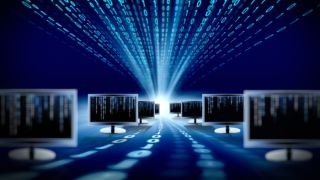 In most organisations desktops are essential for delivering applications and services to users. However, the traditional methods of providing dedicated PCs for all users are time and resource intensive.

According to McKinsey, provisioning and supporting desktops costs 30% to 40% of a typical IT infrastructure budget, so reducing cost per desktop by even a small amount can make a significant difference to the bottom line.

The generally accepted industry average, based on figures from analysts such as Gartner and IDC, is that the true cost to supply, licence, manage and support a corporate desktop PC is around £2,000 per year.

Best practice suggests an effectively implemented and managed desktop strategy can easily reduce this to £1,200 per desktop per year, and £1,500 per laptop per year is possible.

Virtualisation provides some extremely useful technologies that can make implementation and management of your desktop estate considerably easier.

However, it requires significant upfront spending, and organisations have to manage desktop infrastructure, servers, storage and hypervisors, as well as the virtual desktop images and applications.

For organisations without data centre capacity, cloud-hosted desktops as a service (DaaS) provide the benefits of VDI without the hassle. There is no capital expenditure and predictable operating costs.

To help organisations understand the different options, we've compared the total cost of ownership (TCO) of physical PCs, virtual desktops and DaaS using list prices, averages of industry standard solutions and published analyst numbers, including those from Gartner and IDC. The good news is that all three options provide opportunities to reduce costs.

Organisations currently using desktop PCs can save up to £250 per year per desktop if they have the ability to offload end point costs, or simply extend the lifecycle of an existing PC by using it as a terminal and no longer running the desktop OS locally.

Thin clients are another alternative, with a much smaller power footprint and longer life. They are easier to manage as a near stateless device, and save almost £200 per user. Both solutions are 'green' as they use less power and extend hardware life, and can be implemented quickly to meet the approaching deadline to migrate off Windows XP.

On-premise VDI delivers savings in terms of IT labour costs and at the endpoint, but many of these are offset by significant data centre expenses, including servers, storage and labour costs.

The performance requirements of virtual desktops necessitate adoption of SAN storage systems, which add substantial costs (upwards of £60 per year) to the desktop cost.

Cloud hosted desktops (DaaS) can deliver savings of more than 30% over average desktop PC costs, and at least 15% compared with VDI.

This is largely due to the reduction in IT labour costs and the economies scale providers can offer. It enables businesses to eliminate the cost and complexity of deploying and managing desktops while providing the flexibility that users require.