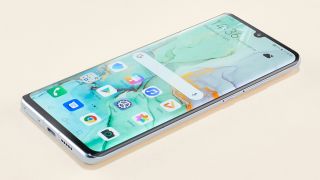 Huawei could be given another 90-day window to buy components from US suppliers in order to serve existing smartphone and telco customers.

The ruling limited Huawei’s access to important components and to the Android operating system as well as Google applications.

Huawei in the US

Washington did however give some wiggle room, allowing Huawei to procure technologies from certain suppliers in order to serve US rural operators that use its equipment. These agreements are set to expire, and reports suggest the government could extend a temporary licence for another three months.

The extension would only apply to existing products and deals and Huawei would still be prevented from procuring components for new projects.

The development would add another layer of intrigue to a fast moving situation. The Huawei debate takes place a time of trade tensions between the US and China, with speculation that the company’s relationship with America could form part of any deal.

American technology firms have been lobbying the US government to reconsider its approach, with several set to lose significant revenue streams if they can't supply Huawei.

The pressure appears to have paid off, with the US confirming some vendors will be able to do business with Huawei – so long as there's no national security risk. It’s unclear which product categories are deemed to be safe, and it’s worth pointing out that the ruling is still effective, meaning it could be enforced once again if trade talks stall.