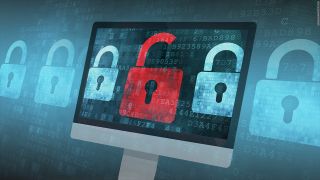 Researchers from the IT security firm ESET have discovered a new cross-platform cryptocurrency miner called LoudMiner that comes bundled alongside pirated software.

Through the use of virtualization software, Quick Emulator (QEMU) on macOS and VirtualBox on Windows, LoudMiner is able to mine cryptocurrency on a Tiny Core Linux virtual machine.

Users' devices can become infected with the cryptocurrency miner by downloading pirated copies of a type of audio software plugin interface called Virtual Studio Technology (VST). Once infected, LoudMiner then uses the compromised machines to mine cryptocurrency and the miner even has the ability to self-update through the use of Secure File Copy (SCP) with an embedded username and private SSH key.

“LoudMiner targets audio applications, given the machines running these applications often have a higher processing power. These applications are typically complex and have a high CPU consumption, so users will not find this activity unusual. Using virtual machines instead of another leaner solution is quite remarkable, and is not something we have typically seen before.”

ESET has observed that LoudMiner has been in use since August 2018 and the firm recommends that users avoid downloading pirated copies of commercial software to protect themselves.