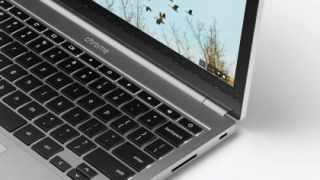 Chromebooks have long had local storage in the form of the Downloads folder of Chrome OS, but very little could be done with this pocket of space on the hard drive. Now, MSPowerUser has discovered that the latest version of Chrome OS contains changes to blow Chromebook storage wide open.

Found in the latest beta version of Chrome OS, 72, a flag is now available within the code – ‘enable-myfiles-volume’ – that allows users to turn the entire My Files folder into a read-write drive, with customizable folders and file names.

According to MSPowerUser, the flag content reads: “Enables use of MyFiles as a read/write volume. This should be only used for testing or for trying to restore the previous Downloads content.”

Will this new approach to the file management in Chrome OS become the default? That’s entirely possible, and would be a sensible move. The increasing complexity of Chrome OS could be served better by addressable storage.