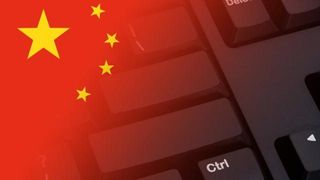 As tensions between the US and China grow due to an escalating trade war, the Chinese military has decided to stop using Microsoft Windows in favor of its own custom operating system.

The decision was revealed in a recent issue of the Canadian military magazine Kanwa Asian Defence which reported that Chinese military officials will not be using Linux as their new OS but will develop their own custom operating system for improved security.

As a result of Edward Snowden and other big leaks, the Chinese government knows full well what the US is capable of when it comes to hacking devices running Windows, Mac and Linux.

This is why China's government plans to adopt a “security by obscurity” approach by using its own custom OS which will make it more difficult for the US and other foreign threat actors to spy on Chinese military operations.

According to the Epoch Times, a newly formed “Internet Security Information Leadership Group” will be tasked with developing the new OS and rolling it out to devices that had previously run Windows.

The new group will answer directly to the Central Committee of the Chinese Communist Party (CCP) so that it is separate from the rest of China's military. The United States Cyber Command operates in a similar way as a separate entity in the US Department of Defense.

For this reason, Chinese authorities have laid out plans to upgrade the country's network to become more advanced in cyber technology.