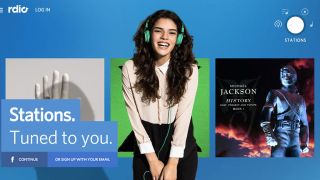 With the recent launch Apple Music providing the entire world with a live, 24-hour streaming radio station called Beats 1, rival streaming service Rdio had to do something drastic to keep its name in the game, which is why it has launched a bunch of curated radio stations in several new territories around the globe.

Rdio already had stations available to users in the United States, Canada, and UK, but now its reach has expanded to Australia, Brazil, Hong Kong, India, Indonesia, Malaysia, Mexico, Philippines, Singapore, and Thailand.

Unlike Beats 1, the stations won’t be live, and won’t feature celebrity hosts like Zane Lowe, but there will be more listening variety on offer, with label-curated options from the likes of from Arts & Crafts, DFA, Blue Note, Glassnote Records, and XL to choose from, among others that were already available.

Listeners will also be able to enjoy curated content from various key-local and social ‘influencers’, such as Hype Machine, Consequence of Sound, A.V.Club and Country Weekly, among others.

Best of all, Rdio’s new radio stations, like Beats 1, are completely free to all users.