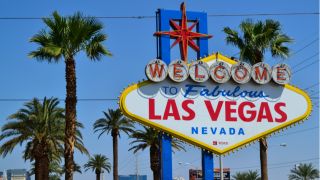 The City of Las Vegas has revealed it was targeted with a serious cyberattack during CES 2020.

City officials confirmed that its systems were attacked early on Tuesday morning, forcing the local government to take down a number of onlineservices, including its public website.

However the attack, which took place around 4.30am, was quickly spotted by IT staff, who were able to prevent the affected systems from being seriously breached.

City officials are yet to disclose exact details concerning the incident, which came as the world's media descended upon Las Vegas for CES 2020. However one report claimed an email delivery vector was targeted. This could mean the city was targeted with ransomware or phishing attacks, both of which are designed to target email systems.

In a statement posted on Twitter, the City of Las Vegas said that it did not believe any data was stolen from its systems, and that no personal data was compromised.

"Thanks to our software security systems and fast action by our IT staff, we were fortunate to avoid what had the potential to be a devastating situation," the statement added, noting that all data systems were back functioning as normal.

There appears to be no leads as to who was behind the attack, with officials and IT experts examining the case for any indicators.

This is not the first time that a major US city has been targeted in such an attack, with Baltimore targeted last May last year, leaving citizens unable to do certain tasks such as paying utility bills, parking tickets and taxes. Then in mid December, the City of New Orleans was forced to shut down much of its computing network following an attack.