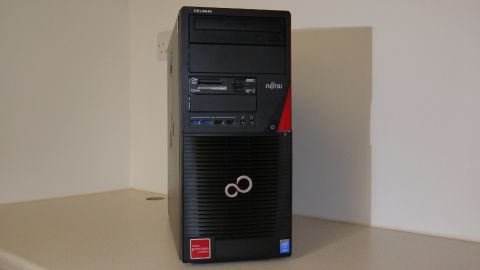 Unlikely ever to be found being used in the Pixar studios, an entry-level workstation like the Celsius W530 has its place in less demanding environments and we were impressed by what it was able to deliver given its (relatively) low price. Faster, more capable workstations are available, but you'll have to pay a lot more to get one and for a lot of buyers the Celsius W530 will be more than adequate.

Despite the single socket and DDR3 memory, the Celsius workstation manages to deliver an impressive level of performance with its Quadro K2200 more than keeping pace with the Xeon processor on the graphics front. The decision to go with an SSD as a boot disk further helps here and although a 1TB data disk is far from generous there's room to upgrade and add more if needed.

Other things we liked were the built-in card reader and a good quality keyboard and mouse which, although not wireless, were a lot better than the very basic peripherals that came with the Dell Precision workstation.

Overall build quality is a little down on Dell standards, but that's to be expected given the price, and it is a tool-free design which makes it very easy to maintain.

We were disappointed by the very poor sound capabilities (just one very small speaker buried deep inside the case), but otherwise, the only real niggle was on the software front. Windows 7 and 8 are both included but Fujitsu insists on adding a bundle of bloatware to the installation, much of it out of place on a system designed for professional workstation users.

Conservatively styled, the Celsius W530 is a very nice little entry-level workstation that we could see being used to run a mix of CAD/CAM, image editing and other graphics-intensive applications whilst also hosting general office productivity tools.

The Xeon E3-1271 v3 processor and Nvidia Quadro graphics card make excellent partners, plus there's scope for further enhancement and it all comes at a very affordable price.