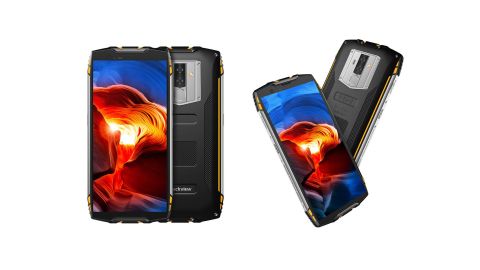 The current trend with cameras is to use two sensors on the rear to get better low light snaps by effectively doubling the amount of data collected.

The BV6800 Pro uses dual Sony IMX298 16MP rear cameras with flash, and there is also an 8MP front camera. This sensor was often used in Chinese flagship designs in 2017, like the Huawei Mate 8 and Xiaomi Mi5, and is generally well-regarded.

In our tests, it produced balanced and sharp images (see the above and below photos), and the focus is reasonably rapid.

As part of the camera experience, Blackview has tailored the camera app to include lots of enhanced modes and manual exposure controls for those who like these. It can even take pictures and video underwater, should you be keen to find out just how waterproof the phone truly is.

Overall, the camera is one of the best things about this handset, even if it doesn’t come up to the level of those on the latest high-end devices.

No phone is perfect, and we did find a few oddities that are worth mentioning to any prospective purchaser.

These mostly pertain to the Android OS that Blackview created for the BV6800 Pro, using the Oreo 8.0 release. Why it isn’t version 8.1 seems odd, and it hasn’t had any security updates since August, which is also concerning. The latest kernel is dated September.

While testing the phone we used it with a mobile SIM for a while and discovered that without the time provided by the phone service, the BV6800 Pro reverts to GMT+8, which we presume is the time zone where it was created.

The settings offer the ability to source the correct time zone using location checking, but it doesn’t work on this device. We also discovered that setting the alarm doesn’t necessarily work when it enters sleep mode, and the alarm doesn’t initiate.

We suspect that the Android implementation needs some extra work, and hopefully, it will get that soon, along with more recent security patches.

We also noticed that the gizmo mentioned in the instructions which is like a guitar pick, and is used to prise open the SIM tray, was missing, and from what we’ve seen online it is missing from most phones. Broken fingernails are a distinct risk unless you have a plectrum handy.

Here’s how the Blackview BV6800 performed in our benchmark tests:

The performance of the BV6800 is fine, although it isn’t the quickest device we’ve tested when compared with the latest Samsung products, for example.

What this mostly comes down to is that most of the hardware in this phone was designed in 2016 and used in 2017 products – and the cheaper ones at that.

Central to this discussion are the MediaTek MT6750T processor and ARM Mali-T860MP2 GPU, which have both been widely used at the budget end of the market.

The MediaTek MT6750T, in particular, doesn’t compare well with Samsung octa-cored ARM processors, as it uses a slightly odd combination of four 1.5GHz ARM-A53 cores and another four that are limited to a 1GHz clock. The logic here is that depending on the circumstances, power can be conserved by better matching the cores to the running tasks.

Mostly this concept works well enough, although it is much less impressive when the CPU is confronted with a task that is either a single thread or needs to use all eight cores.

This caveat was evident when we tested the phone using Geekbench 4, as it returned disappointing scores of 658 on the single-core test, 2,661 multi-core and 1,877 on the Compute test.

The battery life, unfortunately, isn’t going to save the day. A score of 3,405 with a battery that is supposedly 6580mAh isn’t great – particularly as the manufacturer made a big song and dance about how this was much more than the BV6000 that the BV6800 Pro replaced. The result is about the same as a Samsung Galaxy S8, which only has a 3000mAh battery.

It would be best to categorize this phone as nothing special performance-wise, although depending on what you are using it for this might not matter.

However, for a phone meant to be used by those out in the countryside, the fact that the battery life isn’t better, for whatever reason, undermines the device somewhat.

The price and performance of the BV6800 Pro makes for a decent combination even if it isn’t as polished or as sweeping an experience as a big-name branded device might offer.

At this price point, it was never going to challenge flagship designs, but this handset could be useful for someone going on an adventure holiday who doesn’t want to take their branded phone.