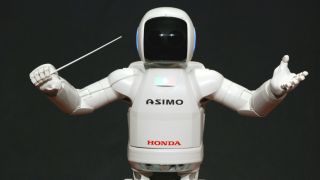 Everyone in IT is scared of the same thing – becoming obsolete. Just like those floppy discs, the Windows 98 machines and even those USB thumb drives kicking around the office, everything gets replaced. It gets upgraded. It gets forgotten. Is your job about to be automated, perhaps by an artificially intelligent robot?

The word 'robot' is, of course, rather emotive, and conjures images ranging from the cute Wall-E and NASA's Curiosity rover to evil forces like the Terminator. But robots is shorthand for machinery and for artificial intelligence – and both are a real threat to jobs.

A recent report called Agiletown: the relentless march of technology and London's response from Deloitte brings together a survey of the plans of 100 London-based companies with research from Oxford Martin School academics Carl Benedikt Frey and Michael A Osborne on the potential impact of automation on jobs in the UK and London over the next 20 years.

Its main finding – that 35% of existing UK jobs are at high risk of replacement in the next 20 years from technology, automation and robotics – is truly shocking. Even worse, lower-paid jobs (defined as below £30,000 a year, which is around $45,000, or AU$55,000) appear to be more than five times as likely to be replaced compared to higher-paid jobs.

"Unless these changes coming in the next two decades are fully understood and anticipated by businesses, policy makers and educators, there will be a risk of avoidable unemployment and under-employment," warns Deloitte's senior partner Angus Knowles-Cutler.

There are, however, reasons for the IT industry in the UK to be cheerful. A UK government report in March 2014 called Working Futures stated that the country's IT workforce – currently reckoned to be in the region of 100,000 – will rise by a healthy 15% come 2022. Even better, the Deloitte report included evidence that 73% of London businesses plan to increase their headcount in the next five years.

In the short-term, robots will not be taking your job. Phew

Who is under threat from computerisation or automation?

All this isn't inevitable, say the researchers Frey and Osborne, who identified three 'bottlenecks' to automation and computerisation that reduce the risks to jobs. No robot yet has skills of perception and manipulation, of creativity, or of social intelligence. If you're in senior management/financial services, computers/engineering/science, education, legal services, community services, the arts/media and healthcare, you're safe – for now.

However, if you're in sales, services, office and admin, transport, construction and production, you should keep an eye out for robots. They're already in our supermarkets, and could be coming to our cars.

Even if you're safe for now, it may not be long until your job is under threat from robots. Microsoft predicts that a small percentage of skilled tech workers will drive innovation for a highly internet dependent world.

"In 2025 there will be nearly five billion people online and more than 50 billion connected devices," reads Cyberspace 2025: Today's Decisions, Tomorrow's Terrain. However, the report's bombshell is skills shaped – by 2025 emerging economies will produce 16 million science, technology, engineering, and mathematics graduates annually, nearly five times as many as from developed countries.

However, it's not just in the West, and not just a 'skills gap' that is encouraging more and more robots. China's Foxconn – the country's largest private employer – is likely to be a role model in the coming era of increased automation. Its CEO Terry Gou has promised to augment his million-person workforce with a million robots in the coming years. Foxconn, which assembles Apple products among many others, wants its 'Foxbots' to take over assembly line duties from humans, according to Business Insider.

"We have over one million workers. In the future we will add one million robotic workers," said Gou in June. "Our [human] workers will then become technicians and engineers."

Foxconn's plans are about combatting the rising cost of labour. The initial boom in robot production is likely to come with an ironic sting – the displaced workers at places like Foxconn could get short-term assembly line jobs in the robot-maker factories. After the initial boom is over, there would be huge unemployment unless the local population either skilled-up, or were 'swapped' for more skilled workers.